Home A Farmer's Viewpoint Does Agriculture  Face Tough Times Ahead? 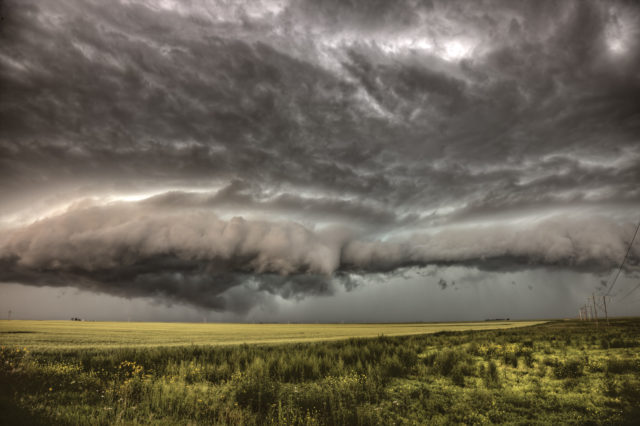 For many years, the story has been that the good times in agriculture were never going to end. Now the story is increasingly negative with many analysts saying the good times, particularly in the grain industry, are gone for the foreseeable future.

The story of good times fit well into the agribusiness narrative and it was told over and over. The world population is increasing by billions, and income levels are rising so many hundreds of millions of people can spend more money on food.

Indeed, with India and China importing huge volumes of grain it was easy to subscribe to the good times story. Meanwhile, there was an ethanol boom, which, in America, uses 40 per cent of the corn crop.

It was the duty of farmers to produce more by using ever greater inputs and the most modern technology. Land prices increased for so many years in a row that many have come to believe that farmland could never drop in value.

Agriculture has always been cyclical, but this time was different. The boom wasn’t going to fizzle.

As farmers, we’re always hesitant to admit when times are good, but that time period was remarkable.

The picture was dramatically different in 2018 with realized net farm income again dropping below $4 billion. Statistics for 2019 won’t be available until well into 2020, but 2018 is unlikely to be a one-year anomaly. Despite a difficult growing season, many farmers say good yields compensated for soft prices so 2019 could have been worse.

An increasing number of analysts are predicting tough times ahead with no end in sight. Some even question the population growth projections once viewed as gospel.

The Black Sea region led by Russia has become the world’s number 1 wheat exporter with production costs lower than North America. Brazil is a powerhouse in soybeans and has become cozy with China. Meanwhile, tariffs on pulse crops going into India and political disruptions on our exports into China have made for a trading quagmire. Problems also plague trade with several other destinations and the World Trade Organization is increasingly ineffective at solving disputes.

Stocks to use ratios on the various grains range from adequate to burdensome. While many claim the world is in a climate change emergency, the last four world grain and oilseed crops are the largest ever.

While most analysts are now singing a different song going from unbridled optimism to doomsday pessimism, we should remember that nothing is preordained. History doesn’t always repeat and even when it does, there are always differences from one cycle to the next.

One train of thought is that farms need to continue to grow ever larger so they can be more efficient and achieve economies of scale. Another idea is that smaller, more specialized farms can achieve better margins by supplying what consumers want.

Predicting the economic future of agriculture is arguably more difficult than ever. Just look at how African Swine Fever has decimated 40 per cent or more of China’s hog industry. Who could have predicted that in advance?

Look at how quickly companies big and small have pivoted to jump on the plant protein bandwagon. Plant-based meat substitutes will have a large market impact that few could have foreseen just a few short years ago.

Also, remember that some farms thrive even in tough times while some farms are not successful even in the good times. While down cycles create hardship, they also create opportunities. It isn’t necessarily the bad years that get farmers into trouble, it’s the good years when spending is too easy.