Home A Farmer's Viewpoint Collaboration for Profit and Fun 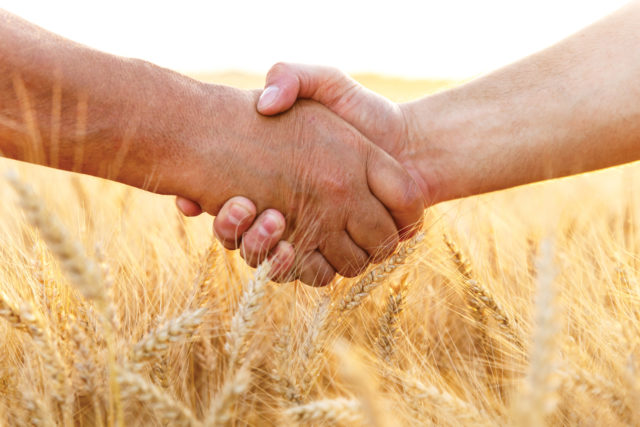 There are ways to attain a better bottom line if we’d just quit being so damn independent.

As you look around your community, I’ll bet you can point to extended family farm operations that have split and gone their separate ways. Hopefully the split was civil and maybe there’s still a bit of co-operation, but they aren’t farming together like they once did.

How many farms can you point to that have gone the other direction and work together more closely with relatives or neighbours? We used to hear about an occasional machinery co-op with a formalized structure. That sort of setup certainly hasn’t been the trend in recent years.

You do still hear about neighbours who share a key piece of expensive equipment. For instance, two medium-sized operations sometimes collaborate to own a single high-clearance sprayer that has more capacity that either one of them could justify on their own.

As we head into what may be a tougher farm economy, perhaps it’s time to rediscover more of this collaboration. Do you really need to own a land roller or heavy harrow all by yourself? These pieces of equipment are used for relatively short periods and timing isn’t as critical as it is for seeding, spraying or harvesting.

Renting this sort of equipment can be a good option, but availability can be problematic. It might make sense for two or three farms to own a land roller or heavy harrow jointly, sharing maintenance costs according to percentage of use.

Maybe you wouldn’t have the equipment exactly when you want it and you’d have to actually get along with your neighbours, but the cost saving could be substantial.

Sometimes the best collaboration isn’t formalized at all. Your neighbour has nothing ready to combine for the next few days, so they pull their outfit into your field to lend a hand while the weather is good. Later in the season, or perhaps the next season, you return the favour.

Some people may be happy to exchange favours without a formal accounting, but sometimes it’s best to keep track of things so that one side or the other isn’t disadvantaged.

Working together can be fun and there’s always something new to learn. Labour is often in short supply and some jobs are just not possible without more bodies. We shouldn’t let pride stop us from accepting help and we shouldn’t be shy about offering help. Overlooking petty issues and past disagreements makes for a stronger sense of community.

If you have hailed crop that isn’t economic to combine, perhaps it can be salvaged for feed. Some farmers will see this as a cost saving because they don’t have to spend time and money dealing with the residue. They’ll happily strike a deal with a cattle farming neighbour. Others will try to negotiate top dollar for the hailed crop and may end up with no takers.

For a grain farmer with a few cows or a cattle producer with a bit of cropland, the secondary operation doesn’t receive as much attention. Small cattle herds are becoming rare because the work doesn’t match the returns. And cattle operations with several hundred cows are often too busy to worry about the latest grain cropping innovations.

Cattle producers often work together for activities such as branding and within community pasture structures. Meanwhile, grain farmers gather at seminars and information events that don’t attract many cattle producers. The two solitudes need to communicate better to explore ways of working together for mutual benefit.

Many of the regenerative agriculture principles gaining popularity work much better with the integration of livestock and it doesn’t have to be your livestock.

If you want to remain strictly independent, that’s your choice, but it comes at an economic and social cost.