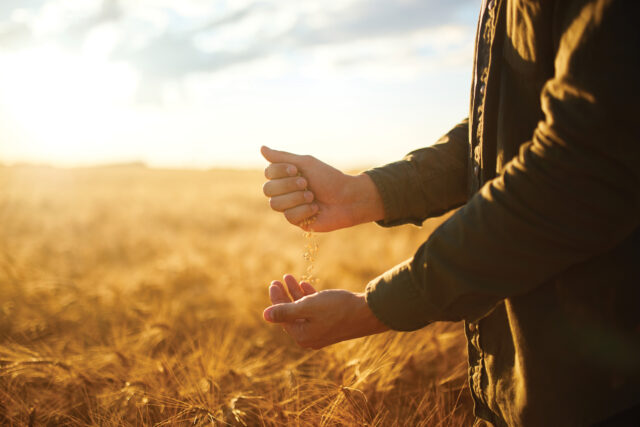 I’ve been writing regular agriculture opinion pieces for 40 years now so I’ve had lots of forecasts and observations published. I’ve also been active on the speaking engagement trail throughout the Prairies and occasionally Ontario.

Rather than bragging about my track record, I want to admit one colossal failure in past predictions. During the ‘90s, I was convinced that livestock—cattle, hogs and even sheep—would gain in importance at the expense of grain production.

The grain we grow in Western Canada is a long way from salt water. We face a huge logistics challenge in just getting our grain to port position and the cost is nasty. This landlocked grain must compete with other global exporters not burdened with such a big rail freight expense.

Grain discounted by freight should provide an advantage to the livestock feeding industry. Plus, why grow grain if it’s not economically feasible? Have hay and pasture instead.

Back in the days of overhead projectors rather than PowerPoint presentations, I used to list the top 10 uses for abandoned concrete grain terminals. You could use them as rock climbing walls or perhaps grind them into aggregate for use on roads.

It wasn’t that concrete inland terminals were the wrong approach; it was just that I thought too many of them had been constructed for how the future would unfold. More land was going to be converted to grassland, more grain was going to stay on the Prairies to feed livestock and more of the crops we produced would be high-value special crops that wouldn’t go through a bulk terminal.

Grain production has continued to expand and although some concrete terminals were poorly positioned, more and more terminals continue to be constructed. Margins are actually quite narrow in the country handling system due to all the competition, but the companies involved continue to anticipate even more production in the years ahead.

Crops like peas and red lentils have long expanded past container shipments and are going through terminals for bulk loading into hopper cars.

While the grain economy continues to move ahead, the livestock sector has struggled. Hog producers have seen many more bad years than good ones and the industry has seen dramatic consolidation. Family-owned hog farms are rare in Western Canada with a huge percentage of production coming from facilities vertically integrated with meat packing plants.

The beef sector continues to chug along and the cow-calf side of the business is still dominated by family farms. However, small herds continue to disappear. If you’re going to be in the cow business, you need a lot of them to have a viable enterprise. A 50- or even a 100-cow herd often provides a meagre return relative to all the work and expense involved.

And the beef sector isn’t growing. Returns are too small and the labour requirements are too great to attract new entrants. At one time you’d hear of grain farms converting to cattle. That’s now a rare transition. More often you hear about farms getting rid of their cows to concentrate on grain.

Grain farms continue to get larger and many of us wonder about the future of the small- to mid-sized grain farm. However, viable grain farms with only a 1,000 or 2,000 seeded acres continue to co-exist with neighbouring farms that may be 10,000 or even 30,000 acres or more.

Somehow, even with the huge grain freight disadvantage, grain farming has advanced while livestock has struggled.

Farming profits get capitalized into land values. If there’s money to be made farming, people are anxious to buy more land and the price goes up. Land is also an investment and many farmers make more money on increasing land values than they do farming, but farming returns still underpin the market.

Perhaps the secret to why our landlocked grain industry is still competitive lies in land values. Everyone thinks the price of land is high and it has certainly been on a steady trajectory higher, but what would our land prices be if you could move salt water 1,000 miles closer?

Compared to other major exporters our grain freight bill is high, but perhaps a lower land cost than many of our competitors compensates for this disadvantage. Plus, we’ve come to specialize in commodities such as canola, peas and lentils where we dominate the world marketplace.

Whatever the reasons, grain is where the growth has occurred. We don’t see the high freight bills directly since it comes off the price we’re paid at delivery, but somehow the industry has thrived despite the freight disadvantage.